The New Indicator is Back!

The New Indicator is Back! (REPOSTED for redundancy)

What better way to celebrate our 50th anniversary?
Never heard of the New Indicator newspaper? Check out the “About Us” page.
We see that when UCSD has no New Indicator, the campus administrators run amok. They  think they can get away with murder, because the UCSD Guardian won’t report it. That newspaper was actually started by the UCSD administration, not by students, and has seldom disappointed its Creator.

We have a lot of work to do.

We will start with reporting the truth about the UCSD administration’s campaign to shut down the Che Cafe.

Save the Che Cafe!

The UCSD administration is currently carrying out a long-term plan to kill the Che Cafe and the three other student coops on the campus. The three other coops areGroundwork Books, the General Store Coop, and the Food Coop. The coops have relied on a lease agreement with UCSD to protect their operations on the campus since 1993. That first lease was negotiated, with strong support of the student governments, after the last time the administration tried to evict the coops.

The most recent, January 2015 administration-generated report on the Che Cafe calls for razing the building to the ground! The report has not been widely publicized, unlike the administration’s press release in November promising there “are no plans to demolish the Che Cafe building.” The Che is more well-known than the other coops and has the most campus and community support. If the administration can kill the Che, it won’t have as much trouble killing the other coops.

The administration got new support for its kill the coops campaign from the Associated Students (AS) and the Graduate Students Association (GSA) in the past few weeks. Both of these student government councils passed resolutions which will help provide political “cover” for the administration’s eviction of the Che Cafe Collective from the Che Cafe space they have had for 35 years. The resolutions are nearly identical. The AS adopted the GSA’s resolution with few changes. The resolutions call on the Che Cafe Collective to stop holding concerts and events in the Cafe for a year and a half. The resolutions go on to say it could become permanent after that, or the collective might be “allowed” back in its own space then.

The AS and the GSA offer no reason  why the Che should not continue in its space as usual as it has for over 35 years. The resolutions read like something written by a UCSD administrator, and probably largely were. One high-ranking administrator who actually supports the Che Cafe has disclosed that Chancellor Pradeep Khosla “hates” the Che and wants it gone. The GSA consulted closely with the administration over the past several months, while telling the Che Cafe Collective that the GSA’s committee meetings were “closed”. (They seem to think the state Bagley-Keene Open Meeting Act doesn’t apply to them.) The GSA and the AS both have refused to talk to the Che Cafe Collective about the written proposals submitted by the collective or about the collective’s position statement .

The administration has held off on serving the final 5-day notice to vacate, after winning an eviction lawsuit against the Che in October.  The Che Cafe Collective immediately filed an appeal of that court ruling, and the ruling on the appeal is still pending. After 3 substantial protest demonstrations last Fall, including an occupation of Peterson Hall, and more than 14,000 petition signatures supporting the Che, and at least 10 or 20 newspaper articles and news broadcasts about the administration’s eviction campaign, the UCSD administration blinked.


Members of the Che Cafe Support Network passed out an info sheet at the recent AS and GSA Council meetings. It is worth quoting, especially because the council members seem to be purposely ignoring it:

“Under both UC policy and the state Fire Code (which is adopted as UC policy), the CHE Cafe building is EXEMPT from any requirement for retrofits for automatic fire sprinklers. This means that the UCSD administration’s estimate that student fees must be used to pay over $300,000 for sprinklers is incorrect. This also means that the building is legally safe for occupancy (as it has always been) for 170 people in the assembly room (per Fire Marshal posted legal notice). In other words, the UCSD administration’s public posture since Spring of 2014 — that for fire “safety” the CHE Cafe Collective lease must be terminated, that the collective must be evicted, and that the building must not be used for concerts, events and meetings — has NO legal basis. None of the other maintenance/repairs work cited by the administration are any reason to shut down the Cafe, except during (perhaps) some of the actual construction work.”


The info sheet goes on to give the UC policy and state Fire Code links that prove there is no safety problem at the Che Cafe. Click here to see the info sheet.

In other words, THERE IS NO REASON TO SHUT DOWN THE CHE. The UCSD administration just LIED about it. The termination of the Che Cafe Collective’s lease was based on a lie. The lawsuit to evict the collective — after it refused to vacate the space when the lease was terminated — was based on a lie.

On top of the Big Lie about “safety”, the administration and its obedient tail-wagging puppies in the AS and GSA pretend that costs for ordinary maintenance of the Che building will be millions. The truth is that the cost projections they are using are for massive renovations (to make the building “like new”) — not for simple maintenance repairs.

Another canard being used to kill the Che is a supposed “lack of student support.” The Che Cafe put on over 100 concerts during the past year alone, and served inexpensive vegan food at all of them and the administration and the University Centers Advisory Board (UCAB) and the AS and GSA get away with saying the Cafe isn’t “serving the students”? The University Centers administration did a survey last year of student “priorities” about services at the 3 University Centers: the Che Cafe building, the Student Center and the Price Center. The student-majority UCAB pointed to the data that 78 % of students said the Che Cafe was a “low priority”. UCAB used that idea to cut funding for maintenance of the Che Cafe building out of the 2014-15 University Centers budget. The administration, UCAB,  and the AS and GSA keep chanting like zombies “lack of student support”. How is it that none of these officials are talking about the 22% of the students (thousands of students) who thought the Che Cafe was a higher priority? How many other student organizations enjoy the support of 22%? When was the last time that 22% of the students bothered to vote in an AS or a GSA election?

Students, alumni, faculty, campus unions and community supporters of the Che Cafe, including a past president of the Alumni Association and even the San Diego and Imperial Counties Labor Council (representing over 100 unions in our region) see through the administration’s Big Lie campaign. An Artists’ Boycott of UCSD in support of the Che Cafe has been started and is growing.

The Che Cafe building opened in 1966 as the first UCSD student center. It is a vital and living part of our history. We must save it!

Be creative and use your imagination and Fight Back!
NO SHUT DOWN OF CHE CAFE!
NOT ONE YEAR! NOT ONE DAY!

the power of fossil fuel divestment


In the run-up to Global Divestment Day on Feb. 13 and 14, May Boeve, executive director of 350.org, interviewed Naomi Klein, activist and author of the book This Changes Everything: Capitalism vs. The Climate (and 350 board member), as part of a web workshop. You can watch the whole thing. Or you can read our three-part edited transcript. Part one was about plummeting oil prices. Part two was about making the climate movement stronger. And here’s part three.
—–

SEMPRA, THE F.B.I., and AZANO by VOSD 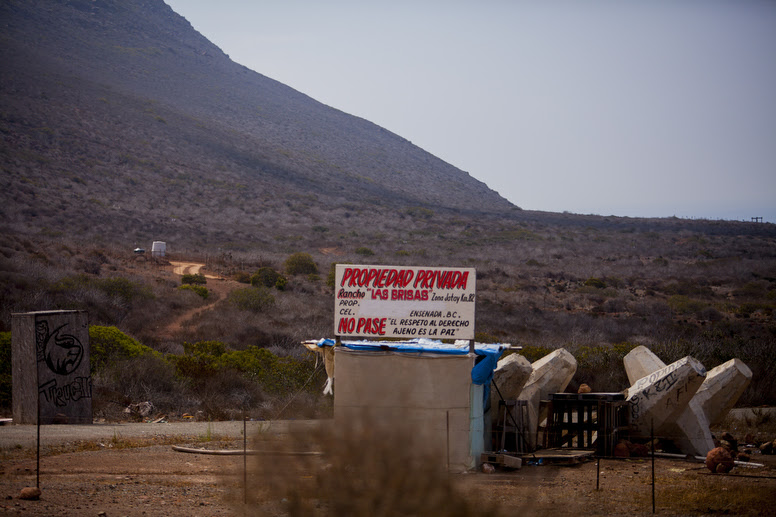 Voice of San Diego's reporter, Liam Dillon, has a new three part report on the FBI investigation into SEMPRA Energy and there questionable business practices in Mexico. SEMPRA has successfully used the Federal Government to harass their Mexican competitors.

On KPBS.org Friday Roundtable they talked about this SEMPRA Scandal and the strange narrative that includes so much of the back-room dealing within the San Diego/Tijuana region. This is the ghost of the secret power struggles behind your energy utility and politicians.

As reported on KPBS

The Politician that Gave SEMPRA Mexico 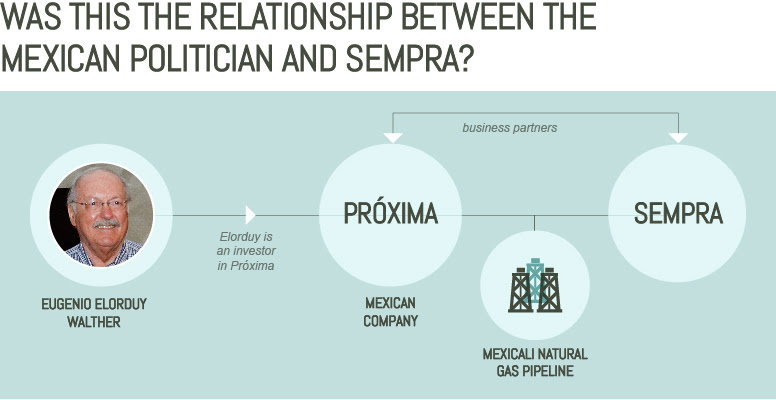 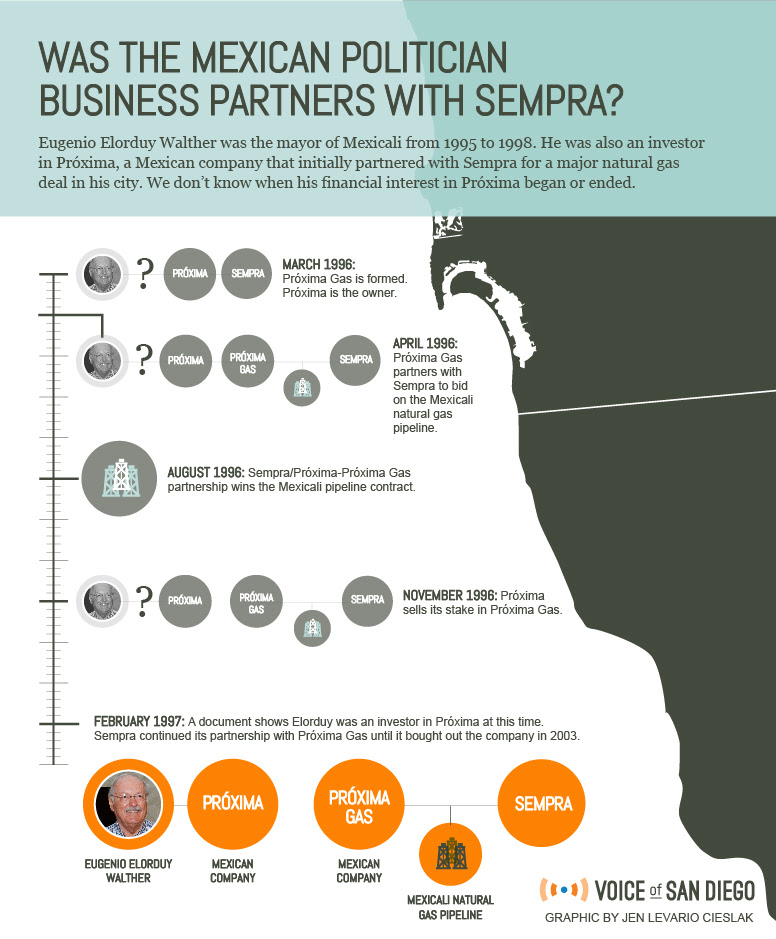 All this is part of

A confidential source described in the report as someone who saw the governor and his family every day told Interfor that Elorduy had been overheard talking about bank deposits in the Cayman Islands and that the governor made 3 a.m. telephone calls to Switzerland to discuss bank accounts there. The source also witnessed Elorduy’s wife ironing old $100 bills to remove the smell of mold from them. Beyond these scandalous and anonymously sourced details – Elorduy has denied them all – Interfor also connected Elorduy’s decision to confiscate Marathon’s land to bribes from Sempra. 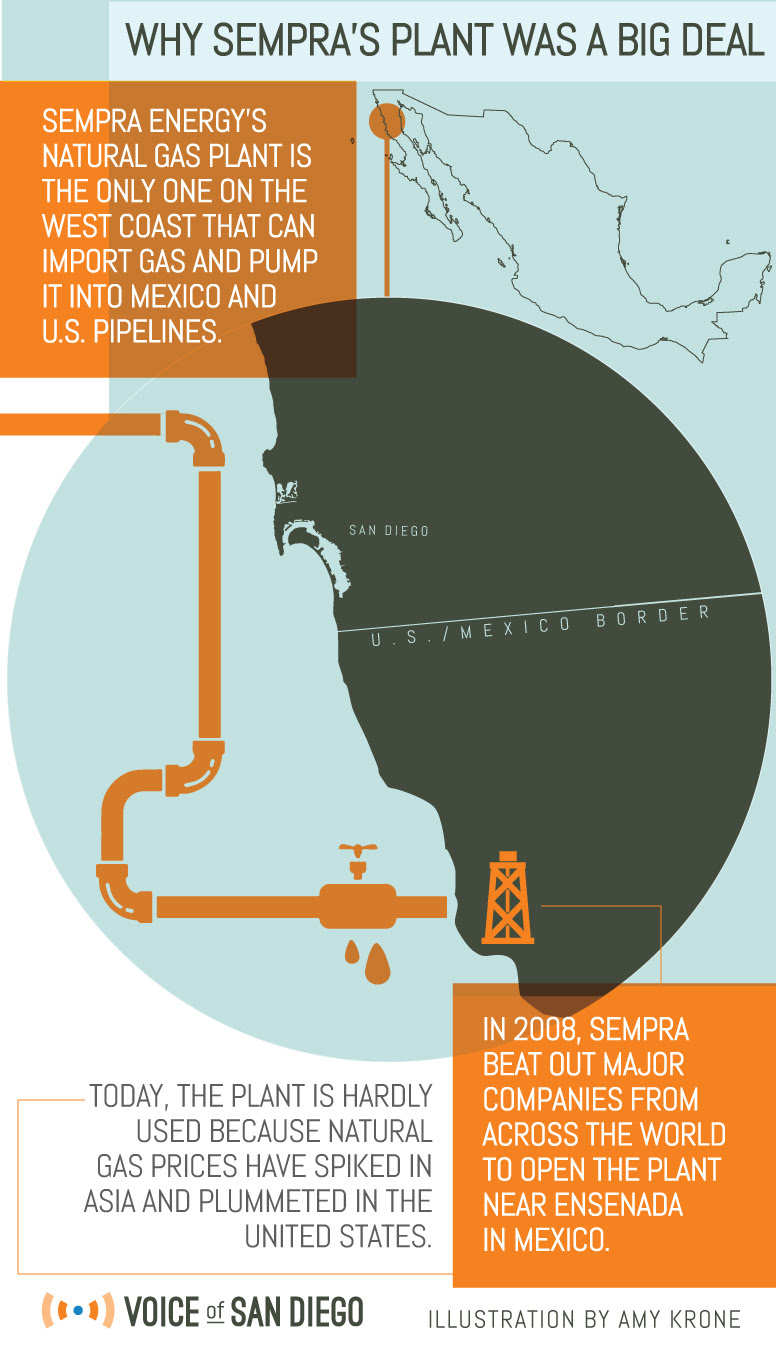 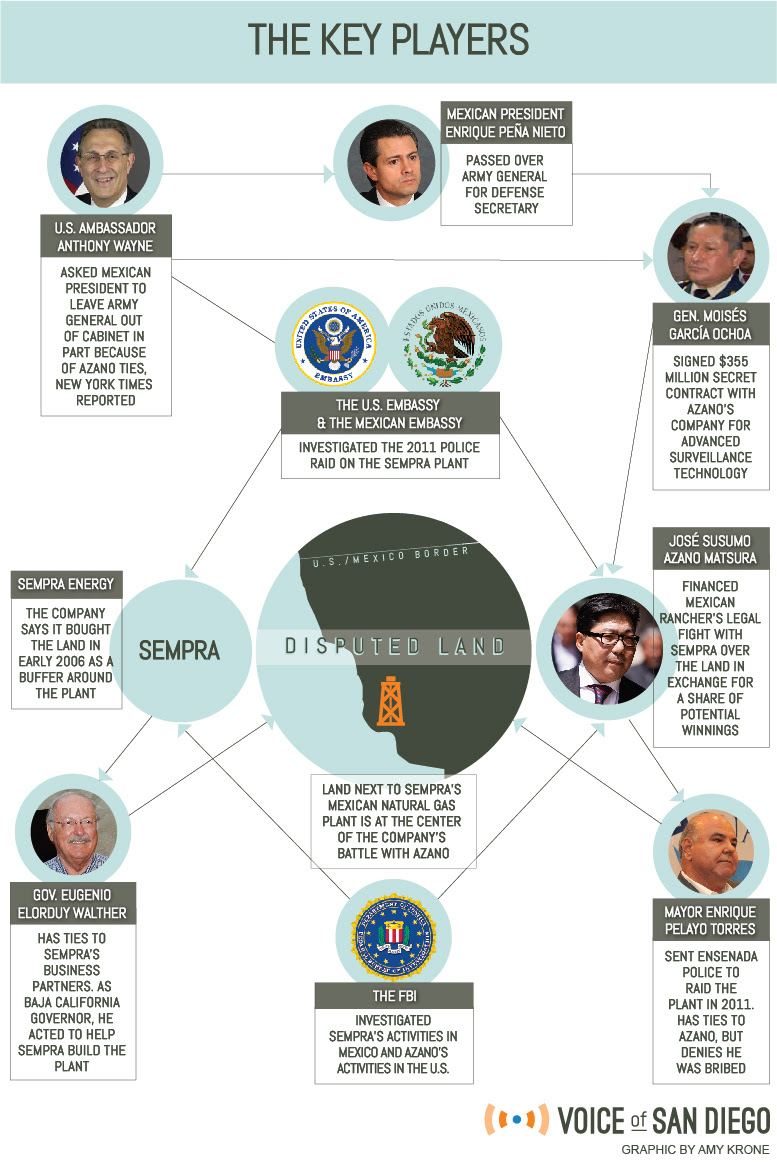 here we see some of the connections;
It began in late 2011 with District Attorney Bonnie Dumanis. She was running for San Diego mayor and Azano invited her to one of his Coronado homes for lunch. Dumanis would only be the first.
A few months later, Azano met with Dumanis and San Diego Sheriff Bill Gore in Gore’s downtown office. That summer Azano hosted a lunch for then-mayoral candidate Bob Filner. In September, hedined at a downtown restaurant with then-congressional candidate Juan Vargas. Prosecutors say Azano gave more than $600,000 to campaigns backing Dumanis, Vargas and Filner between December 2011 and November 2012.
In the end, it wasn’t the investigations into drug trafficking or money laundering that took Azano down. And it wasn’t the claims of bribery or extortion or tax evasion. After six years of warfare with one of San Diego’s most powerful companies, Azano was arrested and charged with making a campaign contribution that was publicly disclosed and available for anyone in the world to see.

Read the 5 take-aways from this VOSD story

Here are links to all the stories in A Cross-Border Clash of the Titans and a timeline that lays out the whole tale:
Part I: The Mexican Businessman Who Drives Lambos, Peddles Spy Gear and Started a War With Sempra
Part II: Sempra’s Shady Road to Dominance in Mexico
Part II Sidebar: The Politician Who Gave Sempra Mexico
Part III: The Fall of José Susumo Azano Matsura
Posted by Philosopher3000 at 2:00 AM No comments: